LOS ANGELES, CA (March 8, 2017) – While the Los Angeles-based accounting firm, Green Hasson Janks (GHJ) supports it female employees every day, it is marking special recognition in honor of International Women’s Day 2017. This year International Women’s Day is calling on everyone to #BeBoldForChange to forge a more inclusive work environment: “Through purposeful collaboration, we can help women advance and unleash the limitless potential offered to economies the world over.” (www.internationalwomensday.com)

GHJ is doing its part to #BeBoldForChange and further women’s equality in the workplace in several ways. The Firm is excited to announce the launch of the GHJ Women’s Empowerment Speaker Series to help women in business network and learn from top professionals. This series will feature guest speaker Natasha Case, founder and CEO of Coolhaus Ice Cream.

In addition to launching the GHJ Women’s Speaker Series, the Firm contributed to The Educational Foundation for Women in Accounting scholarship for women. This scholarship is designed to help more women enter the accounting world and further shatter glass ceilings for women in business.

While GHJ is excited to announce these initiatives, the commitment to supporting women is deeply rooted in the Firm’s culture. With more than half the staff comprised of females and about a third of its partners being women, GHJ prides itself on cultivating a varied employee base and providing a welcoming and supportive environment for people of all backgrounds and experiences. GHJ believes this creates a diversity of thought that brings the best results for its clients.

In order to develop an environment where women can thrive, GHJ has put focus on key areas of importance, including support for women both when they are on maternity leave and when they return to the office. The Firm has a strong Mentorship Program that gives female employees hands-on career training and a Leadership Program to help build stronger next-generation leaders within the Firm.

“We have found that teams made up of top professionals are enhanced when you include different backgrounds and experiences. This collaboration creates better outcomes for our clients and our Firm, surpassing that of homogeneous thinking,” Managing Partner Leon Janks explained. “Because of this, we strongly insist on holding ourselves to the highest standards as a workplace that focuses on our inclusion of both women and minorities to create a culturally enriching environment.”

GHJ is also a supporter of community efforts to grow women in business such as CalCPA’s Annual Women’s Leadership Forum and YWCA’s Phenomenal Woman Awards Luncheon and repeat sponsor of the Los Angeles Business Journal’s Women’s Summit. Donella Wilson, partner at GHJ, was nominated as a CalCPA 2016 “Women to Watch.”

“Women are an important part of our workforce, and we need to make an extra effort so they maintain equality,” Janks said. “Through these initiatives and efforts, Green Hasson Janks can continue to make our Firm a place where women can thrive.”

GHJ believes every day is a chance for women (and men) to #BeMore. Not do more. Not work more. Instead, the firm encourages its employees to be the best they can be and enjoy life to the fullest. Our latest #BeMore blog four of our women leaders share their take in discussing parenting, efficiency, self-care and paying it forward to future generations.

Hear how four women at GHJ #BeMore as they work to #BeBoldForChange this International Women’s Day: #BeMore and The Myth of Having It All

Founded in 1953, Green Hasson Janks is a Los Angeles-based accounting firm that specializes in nonprofit, food and beverage and entertainment and media companies. Ranked as a top-20 largest accounting firm on the Los Angeles Business Journal’s Book of Lists, the Firm has 14 partners and approximately 130 staff members that serve over 3,000 clients. Also named a 2016 “Best Places to Work” by the Los Angeles Business Journal (the eighth winning year since 2008), Green Hasson Janks provides an environment where talented and career-minded individuals can grow personally and professionally. 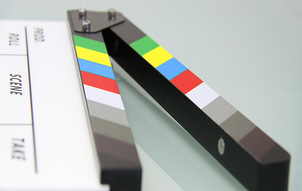 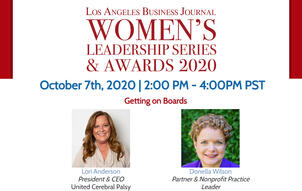 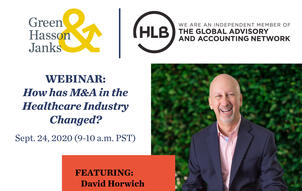