Film And Television Brand Integration And Cross Promotion Opportunities With more and more subscribers and viewers skipping commercials on their or similar technologies, advertisers are looking for new and creative ways to get their brand recognition and message across to the consumer. Two key growing areas include promoting a brand through integrating it in the storyline or the script, which can be challenging but feasible, and allowing the company or its advertisers to use clips and/or other features from the movie or television show in their advertising campaigns throughout the market.

The revolution in technology has claimed at least one victim, the human attention span. Some reports now estimate that the human attention span has now dropped to the level of that of a goldfish – three seconds. The advertising industry, specifically the area of television commercial advertising, has been dealt a double whammy - dwindling viewer attention, and, thanks to those techno geeks, the ability to watch television without commercials. While we may dislike the disruption of our favorite programs with messages about stuff you could not care less about, it is what has been paying the production bills of those shows we love. The result is to force advertisers to find other means to hock their wares on the tube; say hello to “brand integration.” Repackaged under a much classier moniker, brand integration (what we use to call product placement) has come into vogue as a way to subtly – or in some cases not so subtly – not just place their products in a production, but to “hopefully” involve the product in the storyline. Doing this not only projects the product as an item of choice (conjure up an image of that familiar red and yellow box of Tide sitting on top of the washing machine as the actors are engaged in a scene filmed in the house’s laundry room), it might also become the reason Tide creates a multi million dollar promotion offering props from the series or a walk-on role in that same show – very clever.

Exploring New Technologies and New Media Platforms to Reach The Consumer Companies are also exploring new technologies to promote merchandising or other promotion materials through the use of new media platforms to reach a larger number of potential buyers. This could include a link from a site specifically created for the film or television show to another site, where merchandising could be purchased. The personal computer, according to techno-wizards, was supposed to eliminate the use of paper in our daily lives. An excellent example of this is the airline ticket E-ticket. The “old” printed ticket form amounted to maybe a single sheet of paper. Its replacement, the E-ticket, if printed out is usually no less than three pages, of which at least two pages are legalese making you responsible for just about anything that could go wrong. In the same vein, technology is “polluting” the world of consumerism by placing in reach – via the remote control – the ability to offer instant gratification by introducing “see it, click it shopping,” which allows you to instantly purchase the same item clutched in the hand of that adoring leading man staring in your favorite prime-time show. See it, like it, click on it and buy it, all without ever leaving the safety and comfort of your Lazy-Boy recliner.

Exploring Foreign Opportunities As the global market grows, so will its potential licensing opportunities. With this in mind, there is a greater focus on marketing planning in the foreign market to ensure there is maximum and timely exposure for merchandising and other product associated with film or television. In March 1976, the New Yorker Magazine ran a cover that clearly expressed the New York mindset regarding its place and importance in America. About two thirds of the cover was New York, the remainder of the cover was the rest of us. This same myopic geography view seems to also be applied to how we see us versus them – them being everyone else\ who does not live here. Guess what, not only are we running out of Third World countries, some of those in the Third World are quickly creeping up to our lifestyle. You know the country Brazil right, big country, lots of jungle space; they speak Portuguese, and are the home of Carmen Miranda (find an old person to explain the reference). Brazil had a unique way of combating inflation – periodically the government simply lopped off three zeros of the currency – really. Today, this same country has an economy that is out-pacing us. The profound change in the Brazilian market, and others like it, has caused the licensing industry to realize that efforts to market outside the U.S. can make a great deal of sense.

Use Of Social Media To Promote Product Sales More and more companies are going into social media to push brand recognition and sales of merchandising and other product. After all, most of us are on social sites almost all the time! It seems that even those born to generations prior to the Gen X’ers realize the power social media exerts on shaping and driving consumer decisions. The “why” however is a whole other story, which many of us who remember using rotary dial phones are unlikely to ever fathom. Whether you get it or you don’t, social media tools are demanding the attention of just about any entity interested in marketing it wares to persons under the age of 40. In the words of Marshall McLuhan, social media is today’s hot medium.

New Emerging Product Categories With the evolution of the Internet and other emerging technologies, there is an opportunity for further exploitation for licensing purposes, such as online gaming, clips, virtual imaging and others. Back in the B.C. era of licensing, which would be the early to mid-1980s, when a conspicuous property failed to materialize a consumer buying frenzy, the licensing naysayers would bemoan (including the rending of garments) the death of licensing, pontificating that it was merely a passing fad. Is $153,205,000,000 enough proof that it’s not? That is the estimated number of dollars spent worldwide last year on the purchase of licensed products. With few exceptions, the licensing industry has witnessed year over year increases of the total dollars spent on the purchase of licensed goods. Why licensing has continued to gain financial ground can be attributed to two key factors: growth in consumer demand for products based on familiar (and appealing) brands over similar “plain wrapped” goods, and the growth of new product categories resulting from emerging technologies. An excellent example is the birth of the online gambling industry. In 1994 the gross online gambling winnings were zero dollars, due to the fact that online gambling did not exist. In 2013, the estimated worldwide winning from online gambling was pegged at $30 billion dollars - only 18 years after being introduced to the market. To provide a little perspective of how quickly online gambling has caught on, it took McDonald’s 20 years to sell 30 billion hamburgers.

Danny Simon has been committed to the development of the licensing industry’s trade association, LIMA. He is one of the co-founding members, and has held many positions within the organization, including multiple terms as the regional vice president, West Coast, and is a past president of the organization. Simon is a co-developer and co-dean of LIMA’s Certificate of Licensing Studies Program, a year-long course designed to help foster better licensing skills and an improved understanding of licensing for those currently working in or looking to enter the industry. 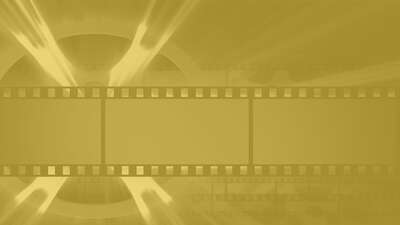 Risk Assessment Approach to Evaluating the Need for a Royalty Audit 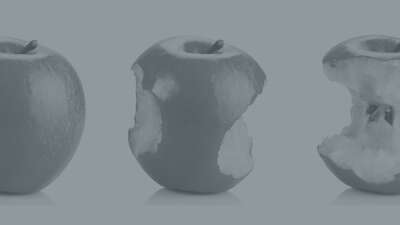